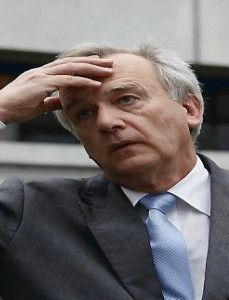 Attorney General Tor-Aksel Busch in Oslo, Norway, is the spider in a web, which for many years has
been fighting against the Scandinavian Star case should be investigated.

Tor-Aksel Busch loyaly follow up what his predecessor Georg Fredrik Rieber-Mohn had to hide for a
miserable and inadequate insufficient investigators in Scandinavian Star case.

Many Norwegians are asking them selfs how come this man is still in his position and who is protecting him.

Prominent and honest lawyers in Oslo, Norway has been demanding that Busch gives
a proper excuse for his sins in the Scandinavian Star investigation to the family of Erik Mørk Andersen 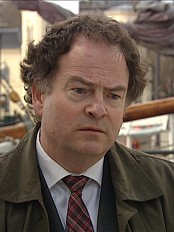 Police Inspector and prosecution leader Nicholai Bjønnes, has been the guiding force in the Scandinavian Star fire never was properly investigated, and that actual deed men were never apprehended.

With the arsonists and the ship's actual owners,  Nicholai Bjønnes had dinner together and went to party with in those days there was a maritime inquiry in Danmark.

Nicolai Bjønnes attended secret meetings in Copenhagen together with Seaescape people, and lawyers from the United States and England, a scrap of paper as later came to light, says Nicholai Bjønnes as the happy recipient of a sum of more than 800,000 Norwegian kroner, as thanks for assistance. Not from the police but the people behind the ship in the USA.

Nicolai Bjønnes today operates as a lawyer in Oslo, Norway

Oslo police chief in 1991 Willy Haugli, was not in doubt, as he commented on the case to the Norwegian
media: "Now closes, we discussed the state of 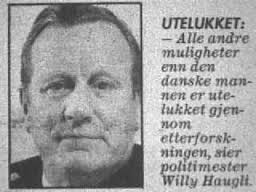 the evidence, but we know that the Dane Erik Mørk Andersen attached the fire, and had he survived, it was he been charged, jailed and convicted,
said the police chief. "

This list is not even close to complete yet. New names and stories will be added here on regular basis