A Danish businessman, he started his career in hotel and restaurants. where he has since had many enemies.

He currently runs a small hotel and inn on the island of Funen in Denmark with his current wife and his son Daniel.

He escaped from his punishment to Spain and later believed to be in Liberia. where he was wanted by interpo when the proceedings scars obsolete in 1998 he returned to Denmark as a free man.

Hansen is sentenced to never in his life have anything to do with operating ships.

Henrik Nygaard Johansen a dubious businessman who always had problems with the law, Henrik Nygaard-
Johansen was disqualified from 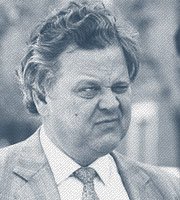 owning and operating vessels in all future but Henrik Nygaard Johansen moved when his ships to other companies, tucked under a Lawyer in Holte from where the ships continued to sail,

If this man has any pride or guilt, he should come forward and testify against the real owners of the Scandinavian Star, if not for himself, then for his family.

Henrik Nygaard Johansen is known for a fraud case around July 6 bank failures, in the eighties where small investors lost their money, and known from the theme park on the Costa del Sol.

Just as Hansen, also Johansen is sentenced to life to never operate ships ever again.