THE ARSON, MANSLAUGHTER AND INSURANCE FRAUD

The story about the Scandinavian Star is a complex issue beyond the arson and the insurance fraud. Its a story about getting focus on the rottenness that is within the police, government, national and international shipping, the owners and operators can hide behind companies in tax havens. Its a huge matter of safety for the ordinary citizen everywhere. Its a story about nepotism, manipulation, lies, bribes and you would expect from a third world country, but this is in Oslo and Copenhagen. That said, there are not only such person in the police, the shipping business nor the governments. But there is no lack of it. We intend to expose and reveal the truth once and for all. 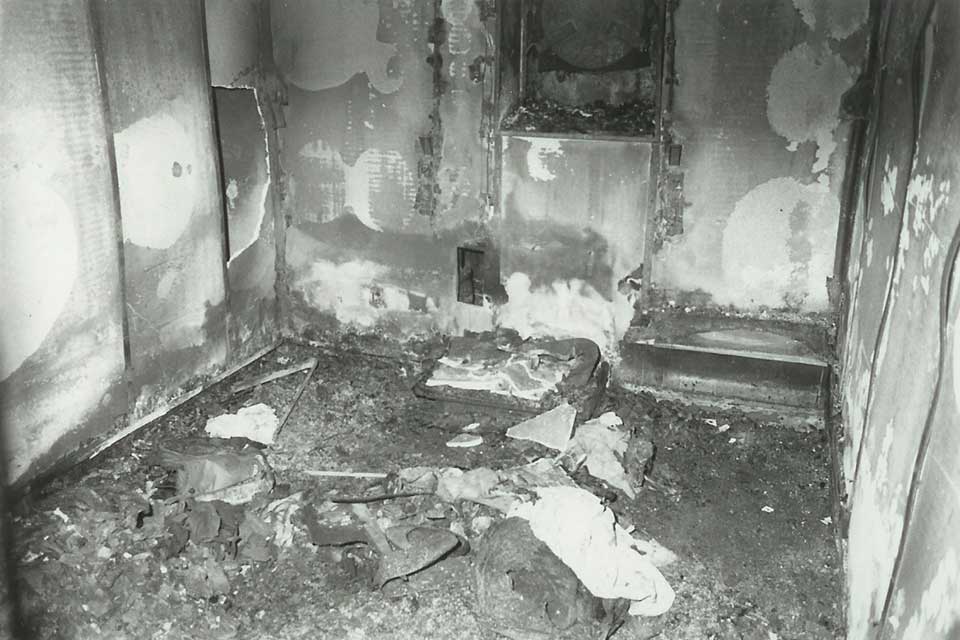 The most hard evidence of the scapegoat Andersen, being innocent is the part
of the ship called the "crematorium", whereas the interior and all was burned
out and seen. Bodies where mainly intact. Its all documented. Then, 24 hours
after the main fire, this part of the ship where there was no more materials to
feed any flames, another fire was started, where computer simulations has
estimated that 20 000 litre of diesel was needed to burn even the bodies to dust

The Scandinavian Star arson and manslaughter happen in Swedish waters beyond doubt. So how come the "investigation" was done by Denmark and Norway? Is the law not clear at this point? Initially it was believed to been in international waters, but that is proven wrong.

And there is a consensus on this issue among the private investigating individuals  and expert group. So a big question then arises. Why was Denmark and Norway so keen on seeing the "investigation" done there and not in Sweden, as the police and government has been basically doing nothing but lying, faking to be investigating and even faked evidence. Could it possibly be to aid a large cover up operation?


PLANNED SEIZE AND HUMILIATION OF MIKE AXDAL'S 25 YEARS OF INVESTIGATIONS

We have listed a few of those and there is more to come. On the 19th of January 2015, our Chief Investigator Mike Axdal is given a 10 days warning to appear in court in Copenhagen with ALL the documents related to the case. They wanted the case BEHIND CLOSED  DOORS. As he later discovers, there was already a team of police investigators awaiting outside his private house. The judge was not satisfied with the selection of a few hundred documents chosen by Mike Axdal after working on the case for 25 year, so he issued a search warrant for the house and all papers and computers where seized.

Also the leader of the Danish Association of Scandinavian Star's house where searched for no good reason. Private love letters from the 1940s was read with great interest from the police.This was planned and one might ask what kind of 1938 Berlin kind of behaviour this is. Yes this happened in Denmark in 2015 and was based on some moves made from Norway, that has shown no other interest in the matter, apart from hiding the truth and are we now to believe that after 298 months of sabotaging the investigation, they shall now solve the case in 2 months?

Is that credible or shall they try to even destroy or manipulate the collected evidence?

NORWEGIAN PARLIAMENTARY COMMISSION TO PROBE WHAT?

The 20th of January 2015, a majority of members of the Norwegian Parliament support the establishment of an independent commission to investigate the manslaughter on board the ship Scandinavian Star when it sailed from Oslo to Copenhagen in April 1990. Read more

So could it be right for the commission to seize the evidence seized from Mike Axdal and hand it over to the Swedish police, and then to investigate the investigators and even a handful of politicians. We took note of the Conservative Party of Norway being against this commission and a reason could be that a investigation on what happen on not only police level or attorney general level, but also political level, right up there at parliament level, there might be some not so nice surprises awaiting them in the time to come.

SKULD, THE INSURANCE COMPANY INSURED THE VESSEL DESPITE THEIR OWN EXPERT SAID NO


25 years after the arson and insurance fraud, Erik Stein comes forward with his story. He was the one sent from Skuld days before the fire to inspect the vessels technical and organisational standards in Cuxhavn and they were not even near ready for commercial sailing. Erik Stein made a agreement with the captain that he was to come back when the ship was ready. The next time Erik Stein hears about the ship, it was on fire in Swedish waters. Erik Stein never got a proper explanation of why the ship was insured despite his advice, but has stated that "there is money to be made in insurance"

AND THERE ARE STILL REALLY SHOCKING NEWS TO COME

As said, there is yet many names and stories to be told about the ones behind the sabotage of the investigation of the Scandinavian Star arson, manslaughter and insurance fraud. And lots of money did change hands under the table and a few politicians did there share of misbehaviour in order to make sure things went as seen, but that is about to change. We consider it our duty to simply assist even more, despite all documents being seized and held by the police.

A quick look back in 1991, compared to what we now can reveal and present in comparison.